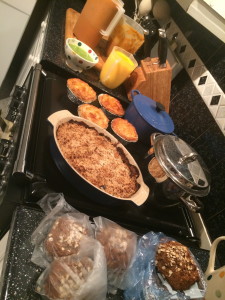 Working for a French company, I get to travel to our Paris office quite frequently. Whilst I hate having to wake up at 5am to catch the train, and staying in a hotel is boring, I love taking the opportunity to spend time with my French colleagues. But I’ve been travelling a fair bit recently (and will be again soon) so am looking forward to a whole week at home (and an uninterrupted week in the office as well).

As I am going to be in all week, I’ve been able to plan a week’s worth of meals, which is something I absolutely love to do. I have a special diary to write what we’ll be having each day for breakfast, lunch and dinner (I let Andrew sort out breakfast and lunch for himself – I am not that bossy!), and have spent today baking up a storm in the kitchen so that I don’t have to do much more than heat dinner when I get home after work each night.

As with the last few weeks, I’ll be having my yummy granola and yoghurt for breakfast. It’s great for keeping me full until lunchtime, even if I have been to the gym first thing. For lunches this week I have made butternut squash and sweet potato soup to eat with Nigella Lawson’s Irish oatey bread rolls.

For dinners this week, I have made or planned the following: 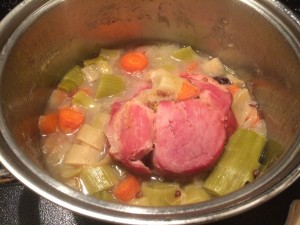 I’ve already boiled the ham and made the curry and mushy peas, and Tuesday’s stirfry will be a breeze to make quickly when I arrive home from work. Friday sees the start of my least favourite time of the year: the 6 Nations rugby tournament. It starts with my least favourite match of the tournament: England V Wales. No matter what the result of the match is, it’s bad for me. Andrew will be either happy and drunk (if Wales win) or grumpy and drunk (if England win). The only thing I can guarantee is that he’ll be drunk! If he’s in the pub to watch the match, then I can enjoy my fishcakes in peace. If he decides to watch it at  home then I’ll probably make pizzas instead so he can shovel food into his mouth while he watches the match. 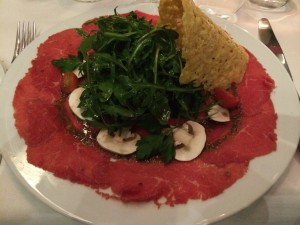 Returning to news from last week, I had a delicious meal in Paris with some of my colleagues on Tuesday. I chose beef carpaccio to start, which was tasty but unfortunately was served with my two least-favourite things: sliced mushrooms and a garden of rocket. Neither of these items were listed on the menu, and the waiter had to bring me another plate so that I could scrape the mess off of my beef! 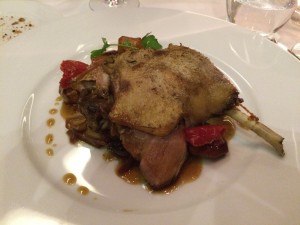 For my main course I had my absolute favourite: confit duck leg with potatoes. I definitely want to try and confit a duck leg myself, but until I brave that little kitchen adventure I’ll have to make do with eating one from a restaurant. It wasn’t the best confit duck I have ever tried – the skin wasn’t crisp and the potatoes were a little hard, but the duck meat was sticky and tasty.

I could have managed a pudding but no one else was up for one, so I finished my meal with a peppermint tea and called it a night.

I’ve got a few more blog posts to write over the next few days – my foodie penpals update for January, and this week’s Cookbook Challenge of John Torode’s meat pie in pea soup, which was frankly a revelation. I am sitting here typing in a haze of cosiness because of my gorgeous dinner – make sure you have subscribed to my email updates so you can get the recipe.

Until then, have a good week, and please do share in the comments below what your plans are for meals this week. 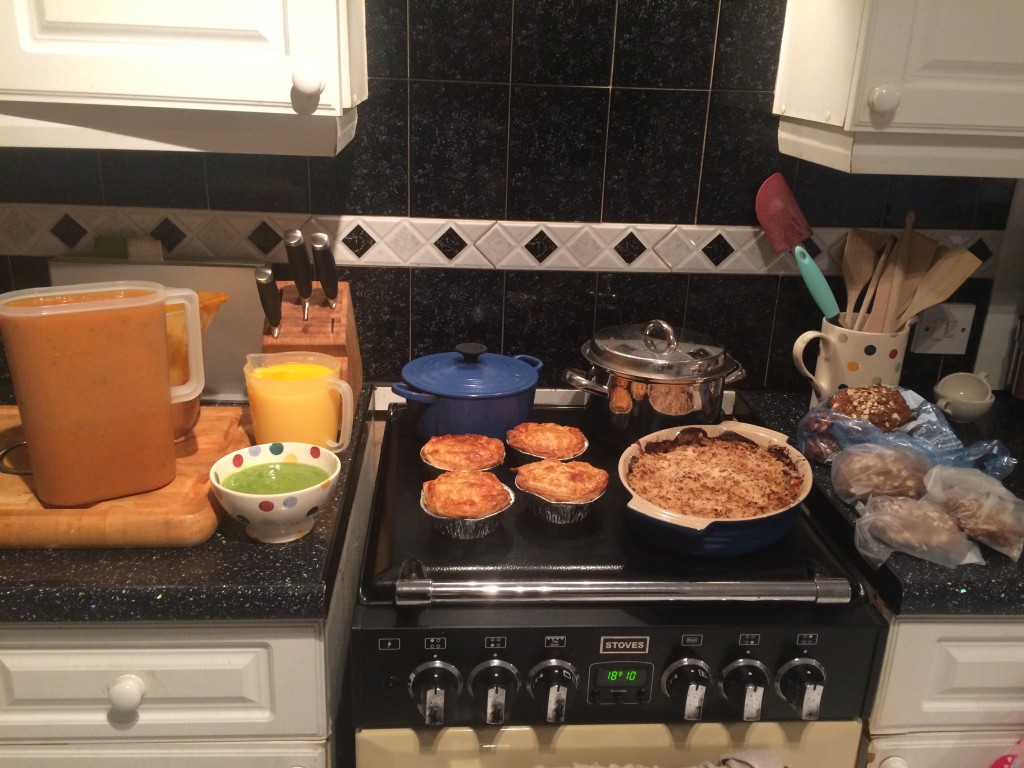