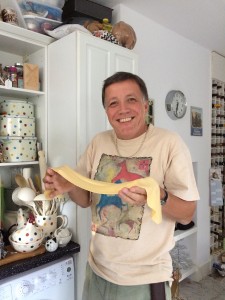 We’ve had a busy week working on our kitchen project this week: what that means is I have been picking out my dream kitchen and appliances, and Andrew has continually reminded me of our limited budget. As I keep telling him, if he thinks I cook well now, imagine how amazing our dinners will be when I have a beautiful kitchen to cook them in.

Hopefully by this time next week we’ll have a few estimates in hand, and I can start to convince him about what we should be spending his money on. Wish me luck!

Our culinary week started with an Alphabet Adventure on Monday – we have progressed to H for Hawaii. It was lovely to see the girls again, and we’ve already booked a date for I … we’re thinking of going Israeli, so if you have any tips for Israeli restaurants in London then do let me know. 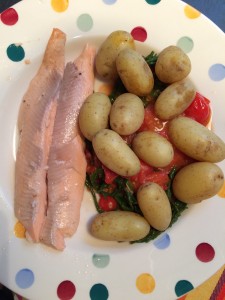 On Tuesday I baked a whole trout for the first time in my life. It came free as part of a deal with Ocado (alongside samphire and new potatoes). I don’t mind dealing with bones and bits when the creature is cooked, but don’t like touching the fins and feathery bits of raw fish, so Andrew had to deal with that. He equally hates bones in food on his plate, so I had to be very careful to debone the cooked trout …. and he still put each piece in his mouth cautiously as if it might have been laced with poison. So in conclusion although we enjoyed the taste of the whole fish, it absolutely was not worth the effort.

A special mention goes to our Friday meal, which as you can see from the photo, looks spectacular. I fancied smoked fish, so picked out some fresh smoked haddock fillets (always undyed for us), which I baked in the oven with a bit of black pepper. I placed this 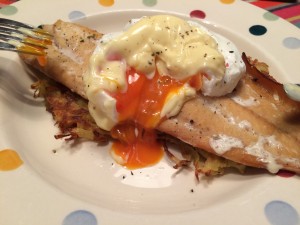 on top of homemade potato rosti (2 medium potatoes, grated and the liquid squeezed out; mixed with a whisked egg and salt and pepper; fried gently for around 15 minutes until tender and golden), and topped that with a poached egg and some hollandaise.

The golden yolk comes from my favourite Clarence Court Burford Brown eggs, and after I have tweaked the recipe a bit (it needs some more sauce for perfection, so I am going to try something different from hollandaise next time), I’ll share it with you.

Finally on to yesterday, where Andrew’s aunt and uncle came for dinner. I had decided to make a dish of crab and chilli pasta as Ocado had some pots of white and brown crab meat on special offer, so set up a production line with Richard and Kate to produce my fresh pasta. 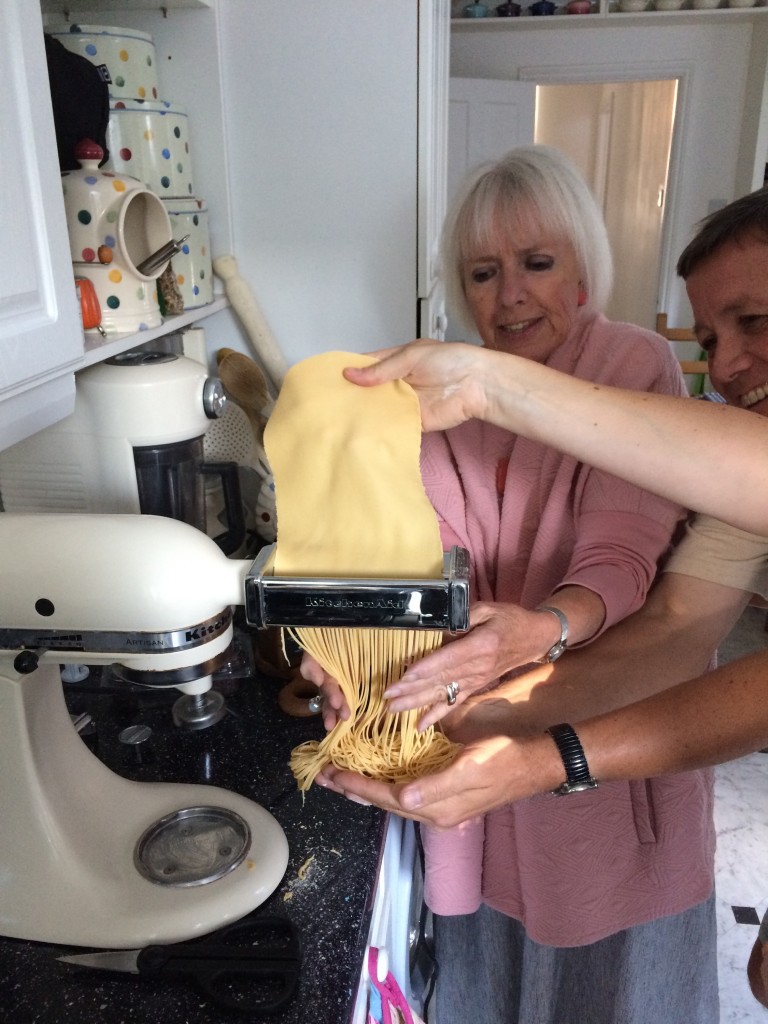 As a starter I served a simple courgette bruschetta, only because I had been given some courgettes by my friend Jane (freshly grown in her allotment) and had some stale sourdough to use up, and for pudding I made a no-churn vanilla ice cream, which I served with biscuits made as part of my Great British Bake Off challenge … full details of a Welsh-themed oat shortbread box filled with cat-shaped bourbon biscuits coming tomorrow! 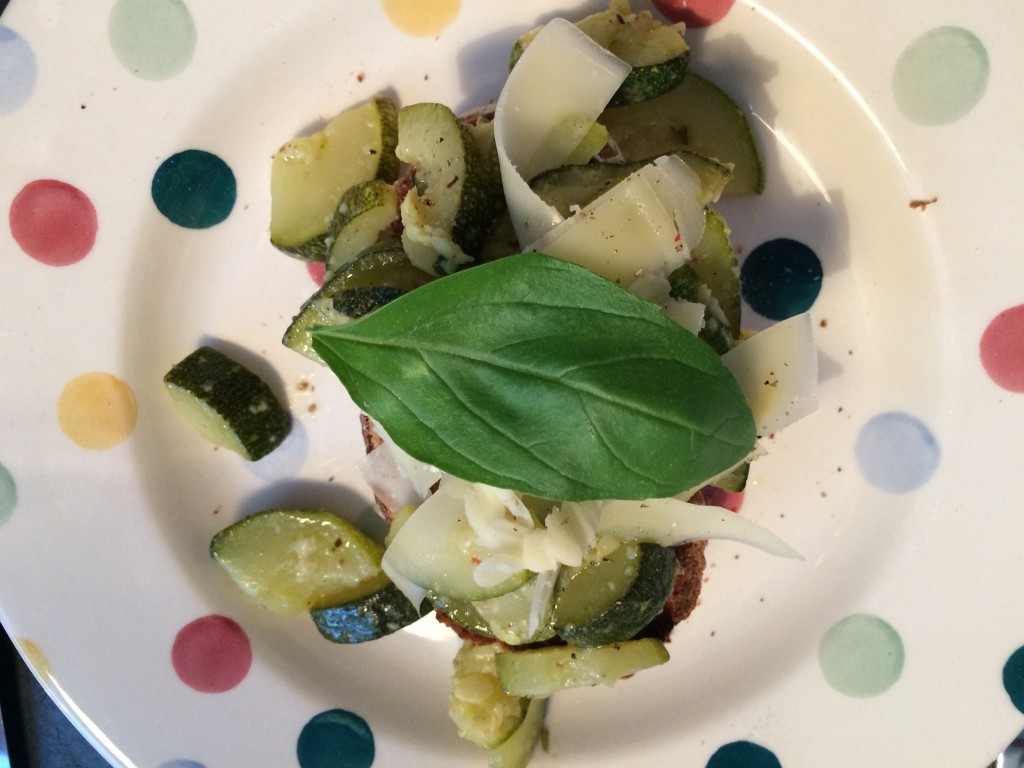 As a kind of pre-dessert, I decided to enlisted the guest chocoholics to taste-test some of the chocolate spreads I have been collecting for a series of blog posts I am working on. We managed to sample all 21 spreads, and a couple of clear winners emerged. As  you can see from the pictures, a lot of thought went into the tasting – Richard and Kate took their roles as guest judges very seriously. 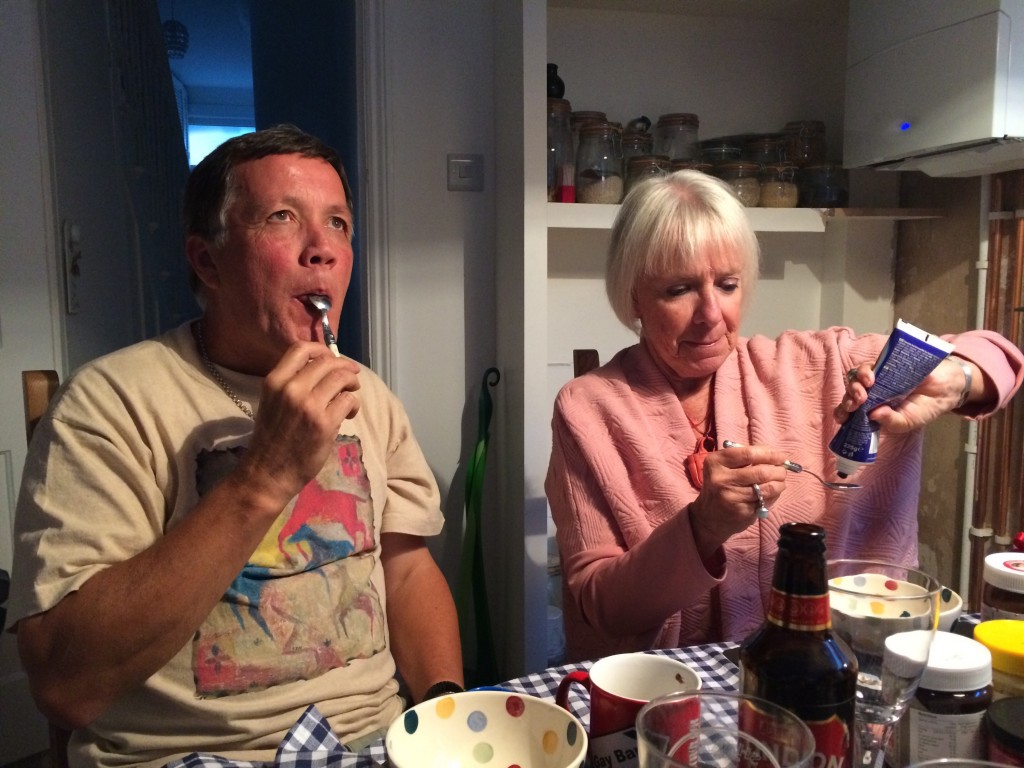 And what about this week? Well, I am sneakily getting in another meat-free Monday (don’t tell Andrew), and I hope to get another Cookbook Challenge in next weekend (in and around kitchen shopping and planning). So here’s what my menu looks like:

Do you have anything nice planned for the coming week? And don’t forget to let me know any tips for an Israeli restaurant in London. 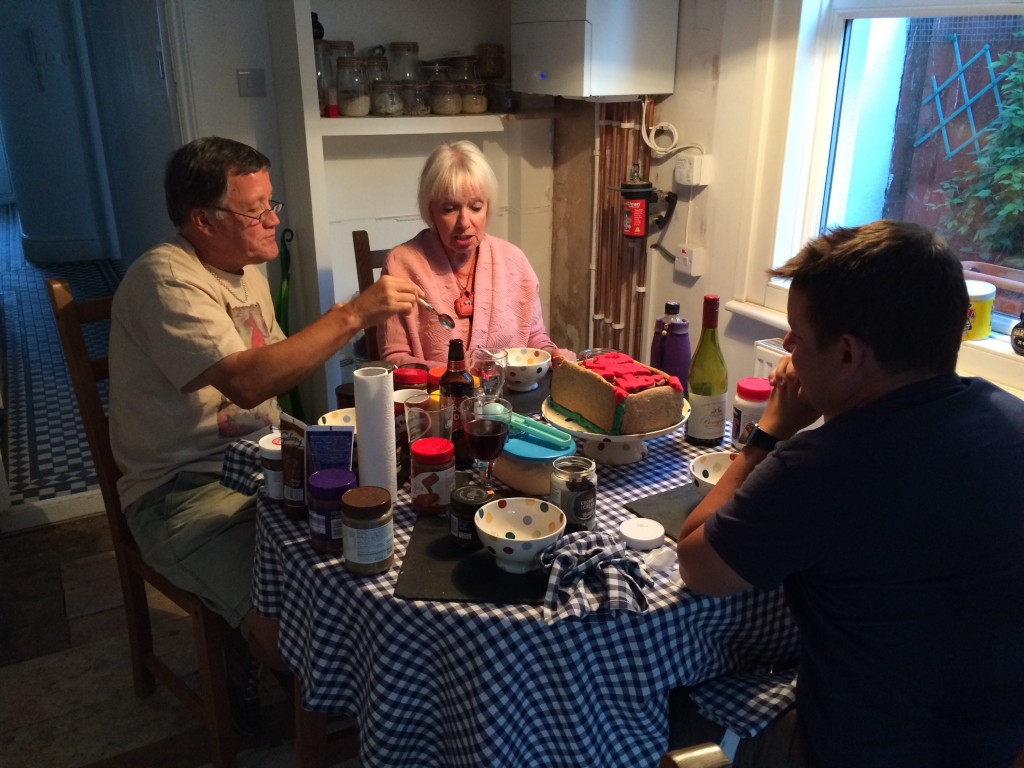