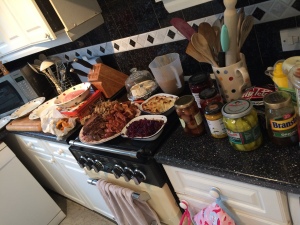 Have you eaten too much this festive season? I don’t think I have been too bad, but I have certainly eaten a lot more than normal … big breakfasts, big dinners, puddings, a few sweeties, cheese, crackers, and cake.

As there is so much food around, I have felt obliged to keep eating. And as I hate waste, I have not wanted to chuck anything away. But on 27 December I decided I couldn’t face any more leftovers and needed to both deal with them and revert back to healthier food (although my diet won’t be virtuous until the New Year). 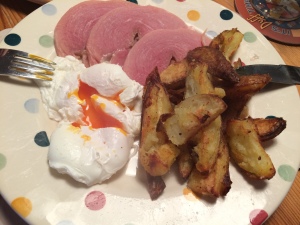 Firstly, as I do every year, I chopped up the leftover goose, ham, pigs in blankets and stuffing and mixed it with the leftover gravy. I froze three portions of this festive goodness, which will make Christmas pies in 2015. I did, however, save myself a few slices of ham for one of my favourite easy dinners: boiled ham, poached eggs and homemade chips.

Then I used the leftover cream (I’d used some for the mulled pear trifle and some for the creamed leeks, but had half a tub left) to make rice pudding – a nice, easy and comforting pudding.

To use up the potatoes and leeks I made a fish pie, with smoked haddock, salmon, prawns and cod mixed with a parsley sauce and topped with leek and potato mash – you can view my recipe here. It’s nice to have something fishy after all the meat of the season.

Finally, I had a punnet of tomatoes which were starting to go soft and wrinkly, so decided to make a nutritious and healthy tomato soup. This is how I made it.

Heat the oil in a saucepan and add the garlic, chopped onion and tomatoes. Cook on a medium heat for approximately 10 minutes until the tomatoes are breaking apart and the onion is soft. 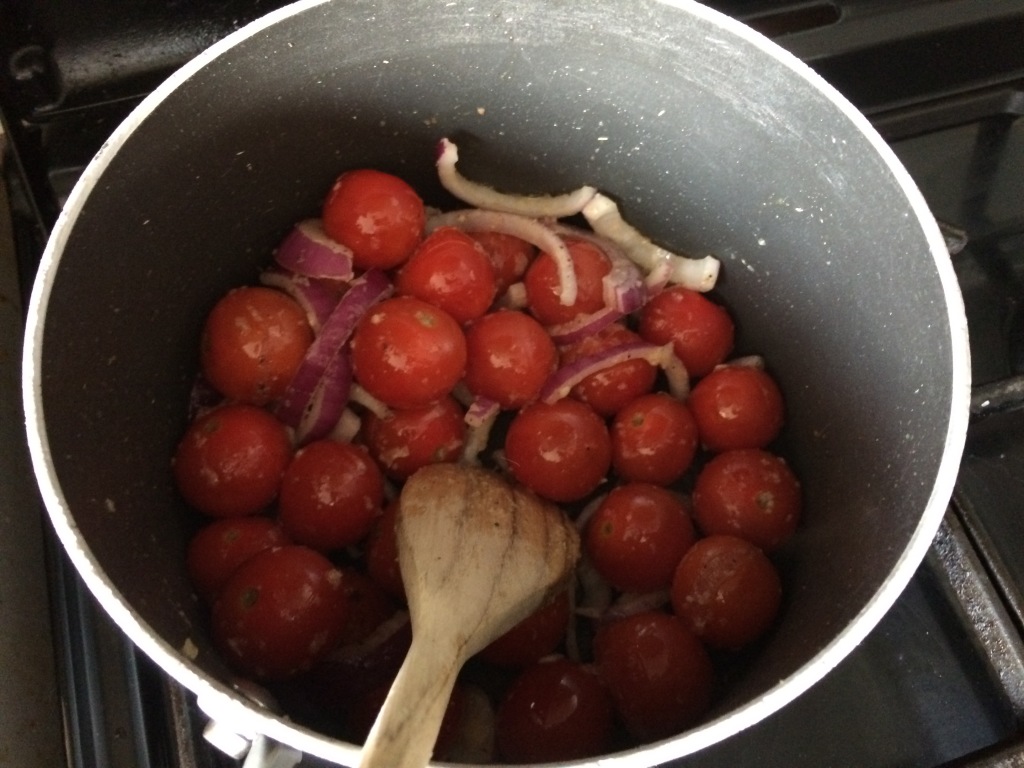 Then add 1 litre of water from a recently boiled kettle to the saucepan, along with the chilli flakes and crumbled oxo cube. Simmer for 15 minutes, then blend, season and serve with chopped basil. 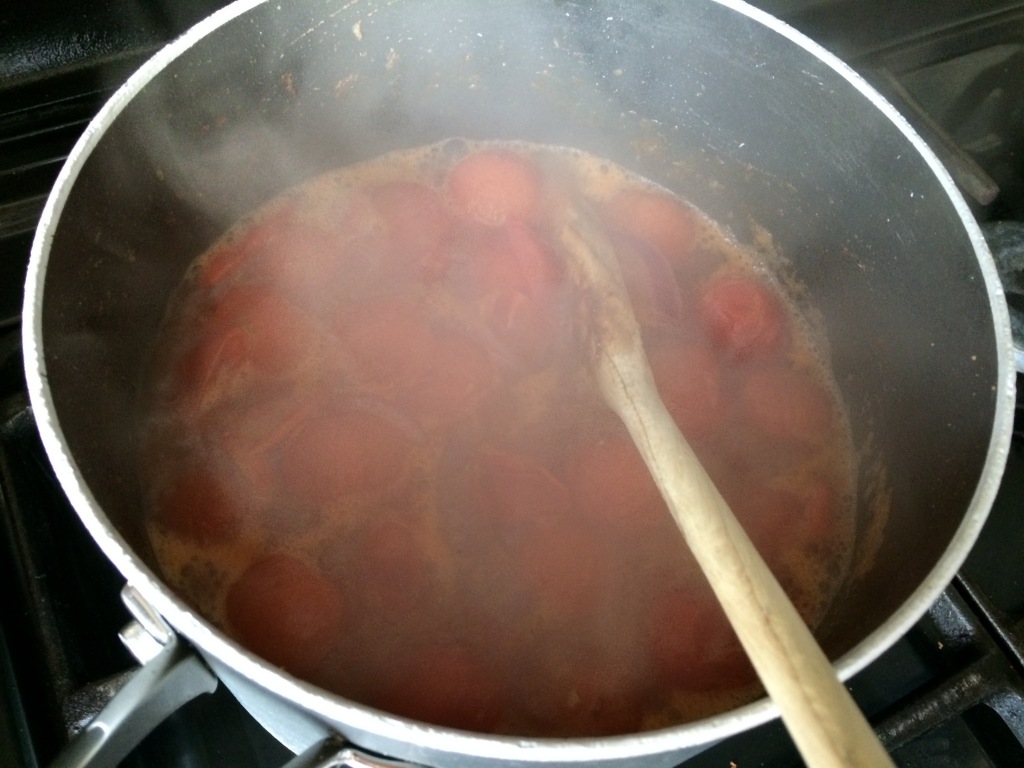 How do you deal with your leftovers? If you have any favourite recipes to share then please do leave them in the comments. 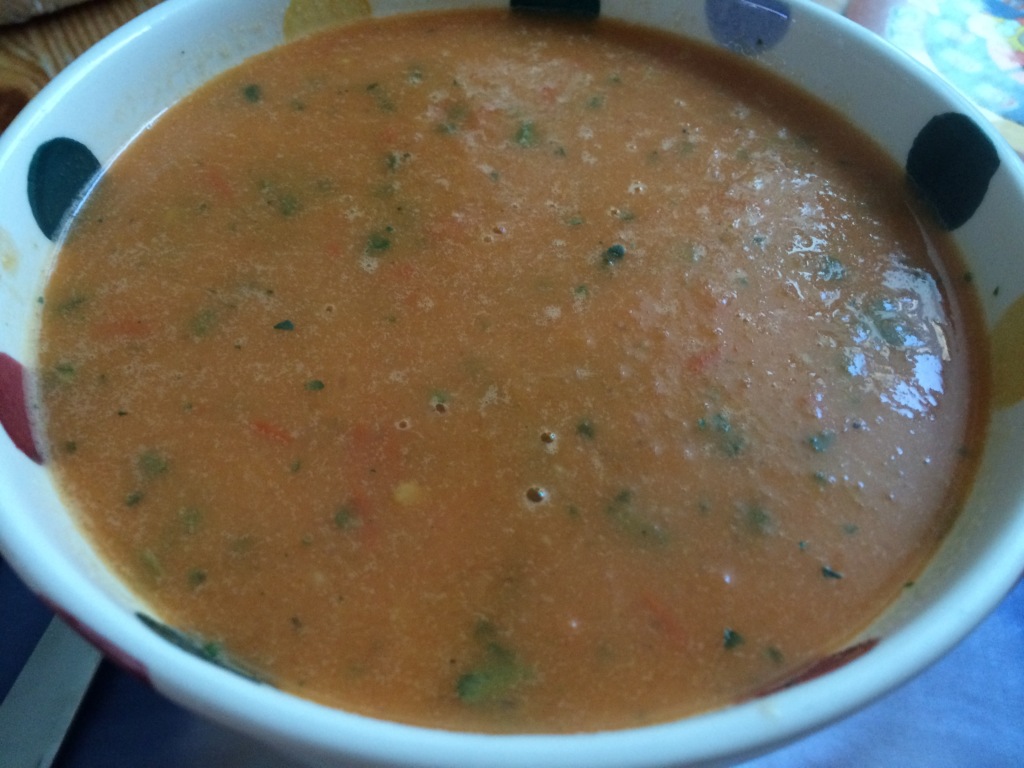 3 Replies to “Dealing with Christmas leftovers, and a simple tomato soup”