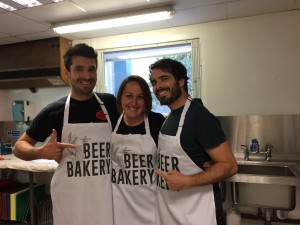 Let me tell you, those baker brothers are pretty fabulous: they look good, they make delicious food, they are friendly and charming, and they seem to be genuinely nice guys. And next week both Tom and Henry Herbert are travelling east from the Cotswolds (where their family’s bakery is based) to open up a bang-on-trend Hoxton pop-up called The Beer Bakery (the first of its kind in London apparently).

At The Beer Bakery you will be able to sample a selection of breads which have been inspired by different beers, and I know full well that the breads are delicious because I was lucky enough to spend an evening sampling them, and learning from Tom and Henry how to make a Stella Artois-inspired pineapple soda bread. 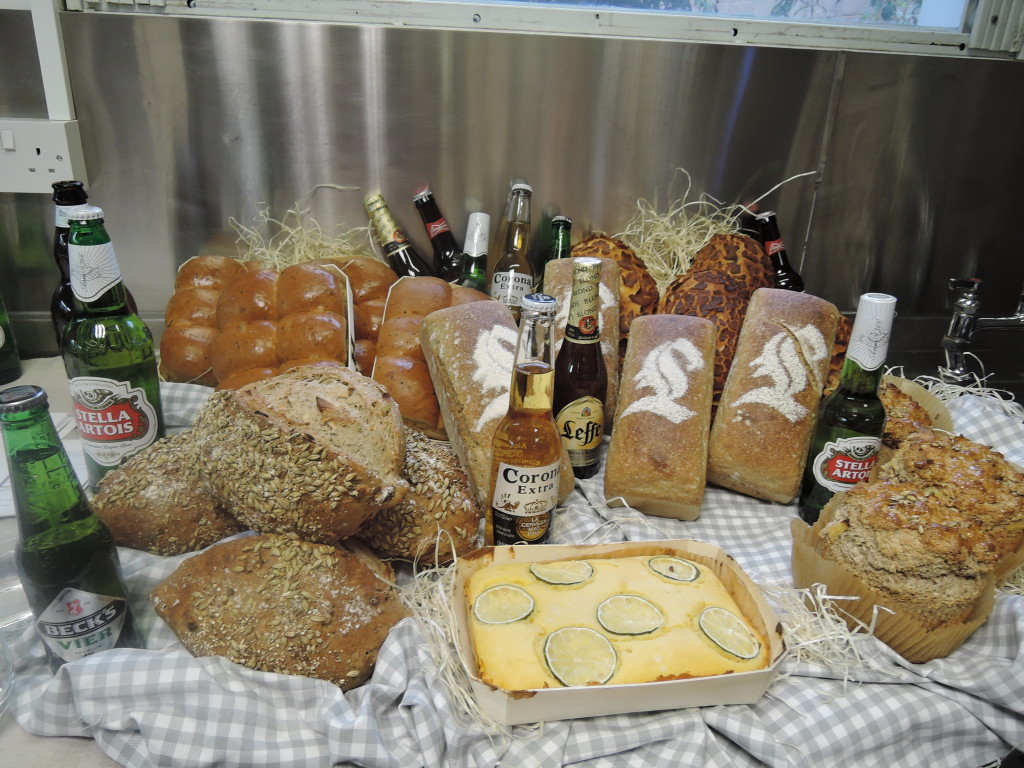 I consider myself very lucky to get invited to these types of events: I get to meet new people (whether it is the chefs / food producers themselves, or journalists and food bloggers who are sharing the experience, or the PR team who have invited me along); I get to learn about food (my favourite subject); I get to eat nice food (my favourite hobby); and I get to tell you all about it (the sound of my own voice is one of my favourite noises!). 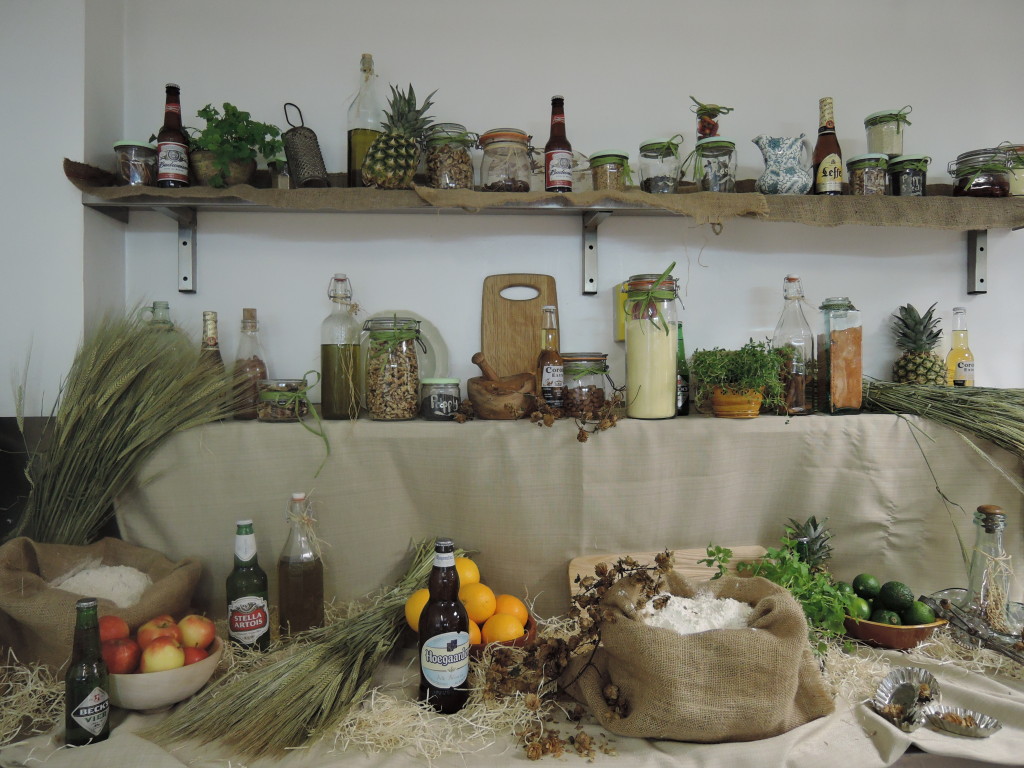 I didn’t really know much about The Fabulous Baker Brothers – I had heard of them and was aware they had a TV show, but I’d never watched it, so I wasn’t really sure what to expect when I arrived at Leiths in Portobello. I was greeted by Tom and Henry, who enthusiastically talked me through the range of breads they had created for the pop-up, along with the reasons behind why the different beers were chosen. 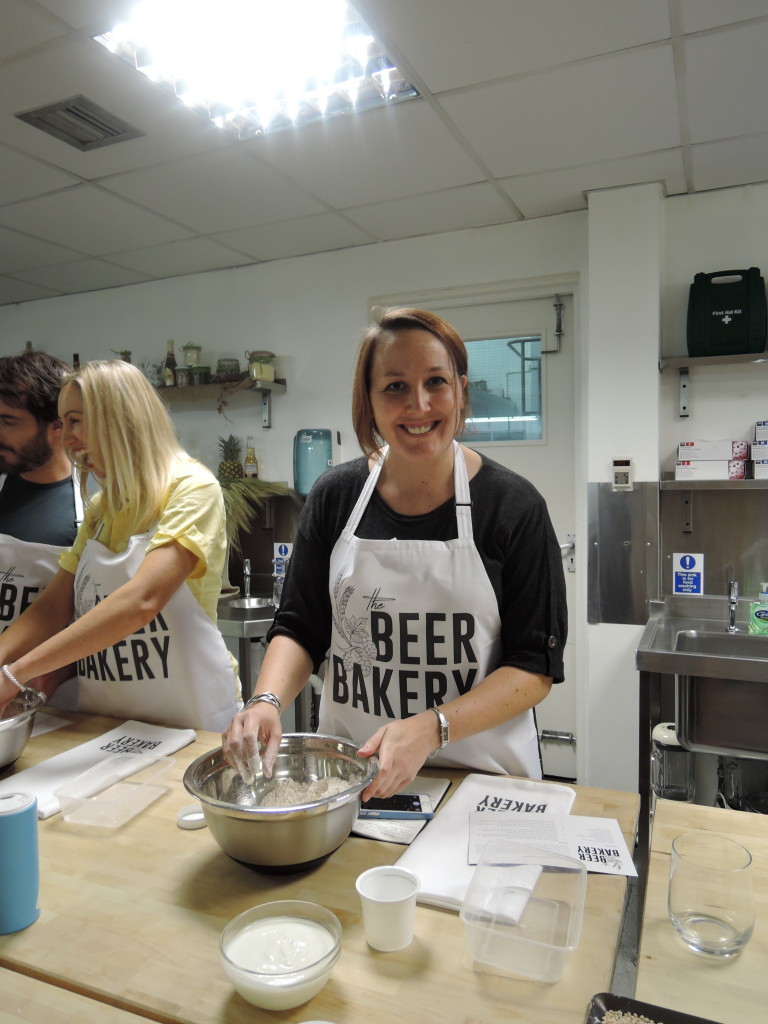 I was a bit surprised that the Herberts had chosen beers like Budweiser, Stella and Hoegarden to create their bread recipes, but they explained that the beers were all picked due to their long history. For example Stella Artois’ Belgian brewery was originally founded in 1366 (although the beer as we know it was not introduced until the 1920s) and Budweiser launched in 1876 (by the way it’s also a wheat-free beer) – this heritage is reflected in Hobbs House Bakery, which is currently training up the next generation of bakers with Tom and Henry’s kids. 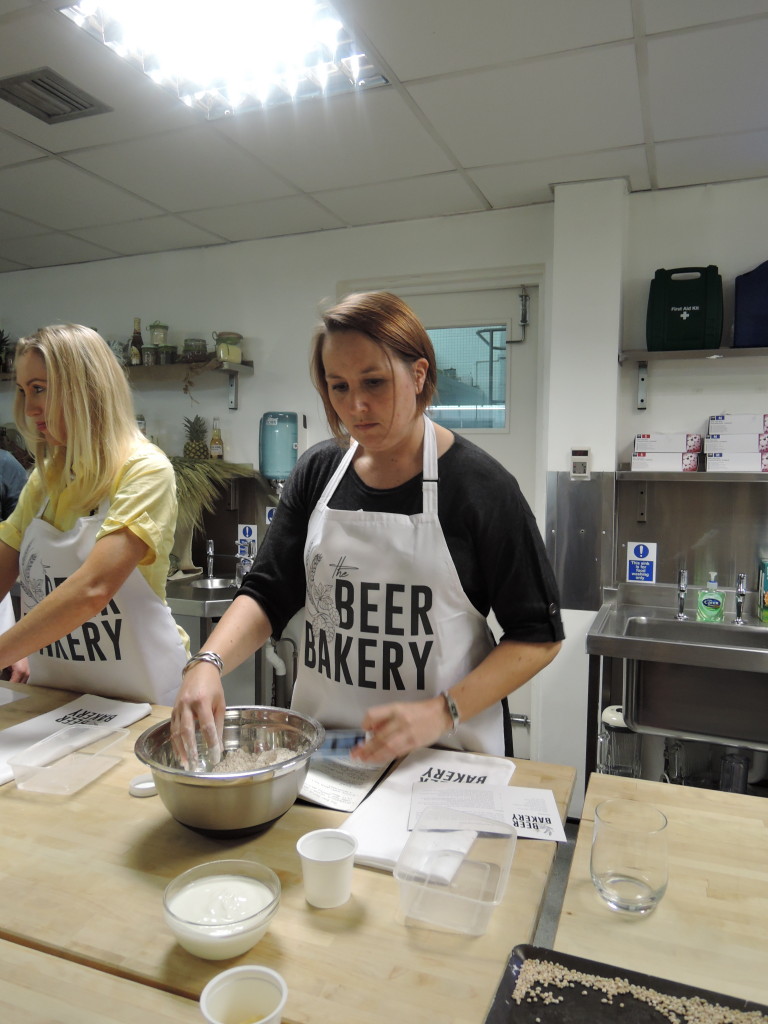 Having worked with the world’s biggest brewery AB InBev, Tom and Henry identified the flavour profiles which would work well with the beers, and came up with the following breads:

They also created spelt and barley pineapple soda bread, inspired by Stella Artois, which I made with them. 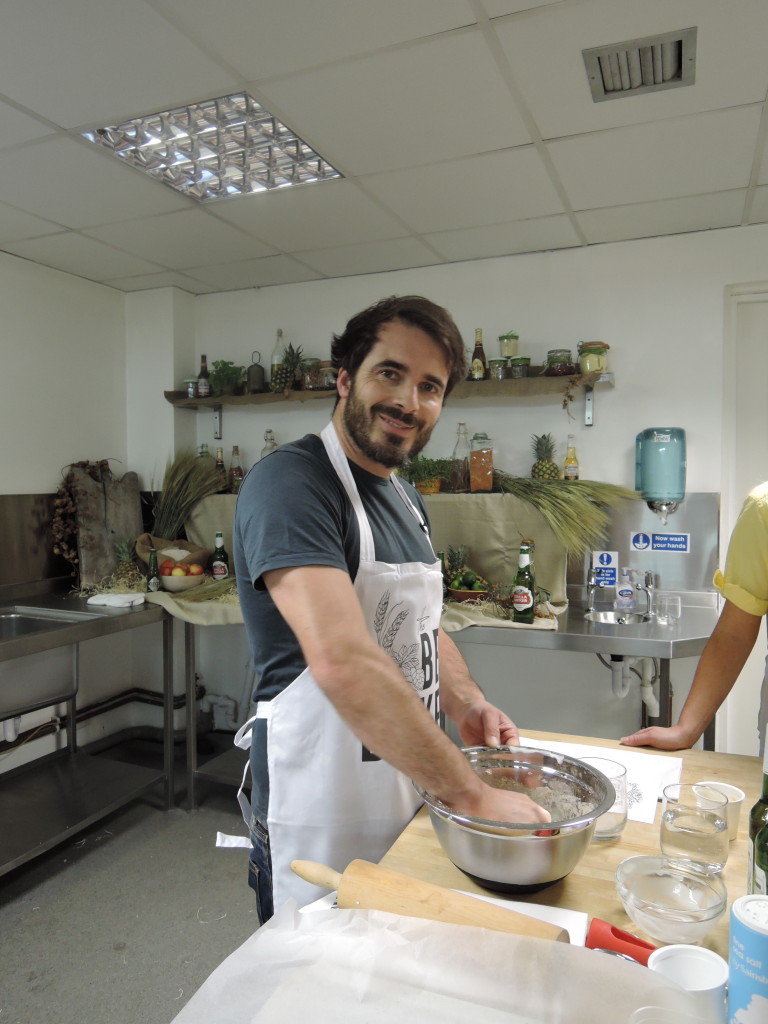 All of the breads tasted incredible, but my favourite was the brioche rolls, which tasted like Christmas. They were also light and fluffy like clouds so I am pretty convinced they have no calories (butter, what butter?). Tom kindly said I can share the recipe with you, so I am hoping to bake them next weekend and will let you know how I get on. 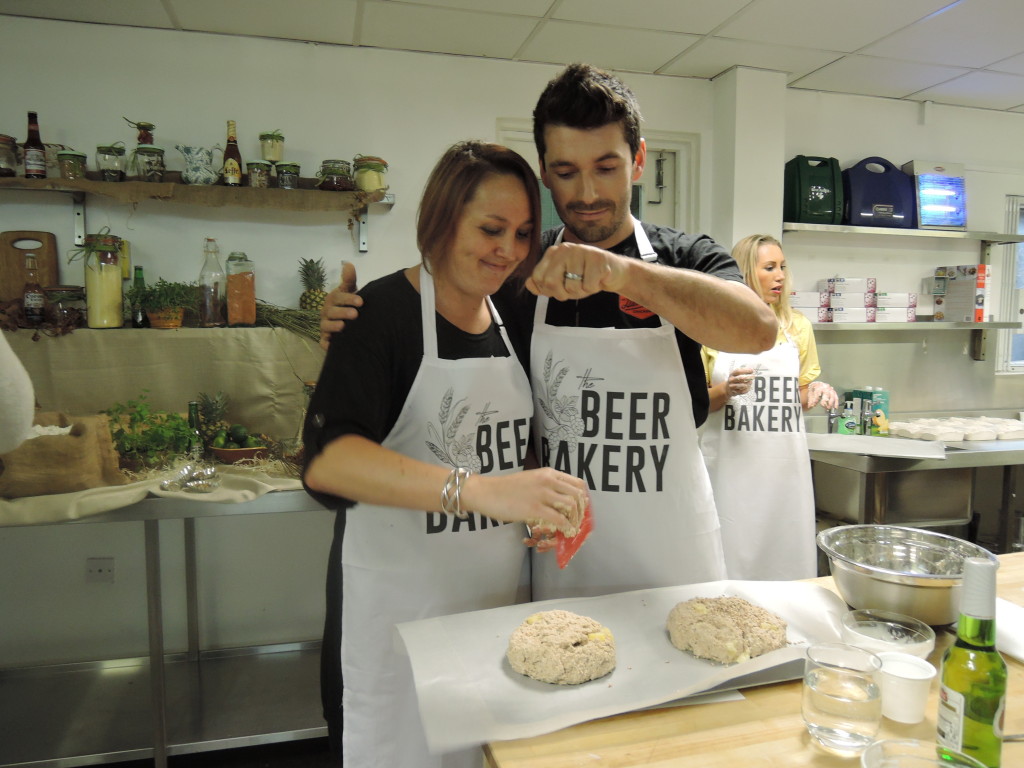 However, the best thing you can probably do is get on down to The Beer Bakery to try the breads and beers yourself – it’s open for one week from Tuesday 27 October at 186 Hackney Road, Hoxton, E2 7QL, 12-8pm. I am certainly going to pop down there to check it out and scoff some more bread, and hopefully say hi to my new favourite brothers. 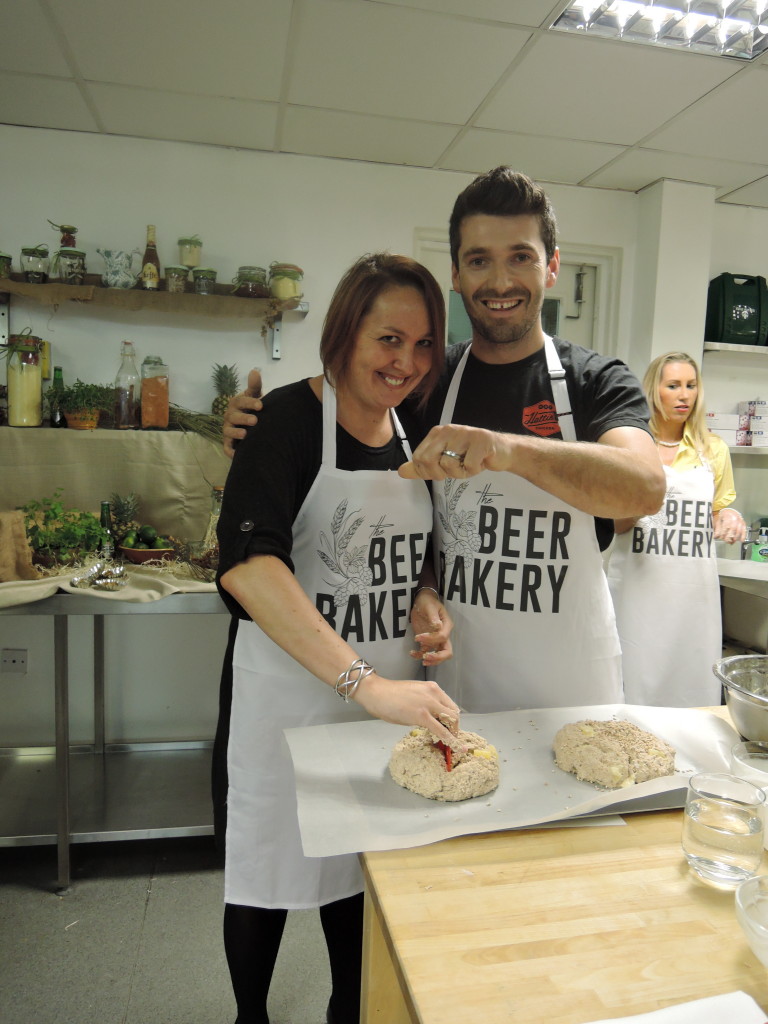 By the way, I didn’t have my own personal photographer with me at The Beer Bakery class, but it felt like it thanks to Teek and Hannah from Golin who took care of my camera and took most of these great pictures for me.

Until by next Beer Bakery adventure, my menu for the week is below. Plus my new favourite of muesli, greek yoghurt and passion fruit pulp is my breakfast choice of the week, and I have roasted some sweet potato to have with feta and rye orzo for lunches this week: 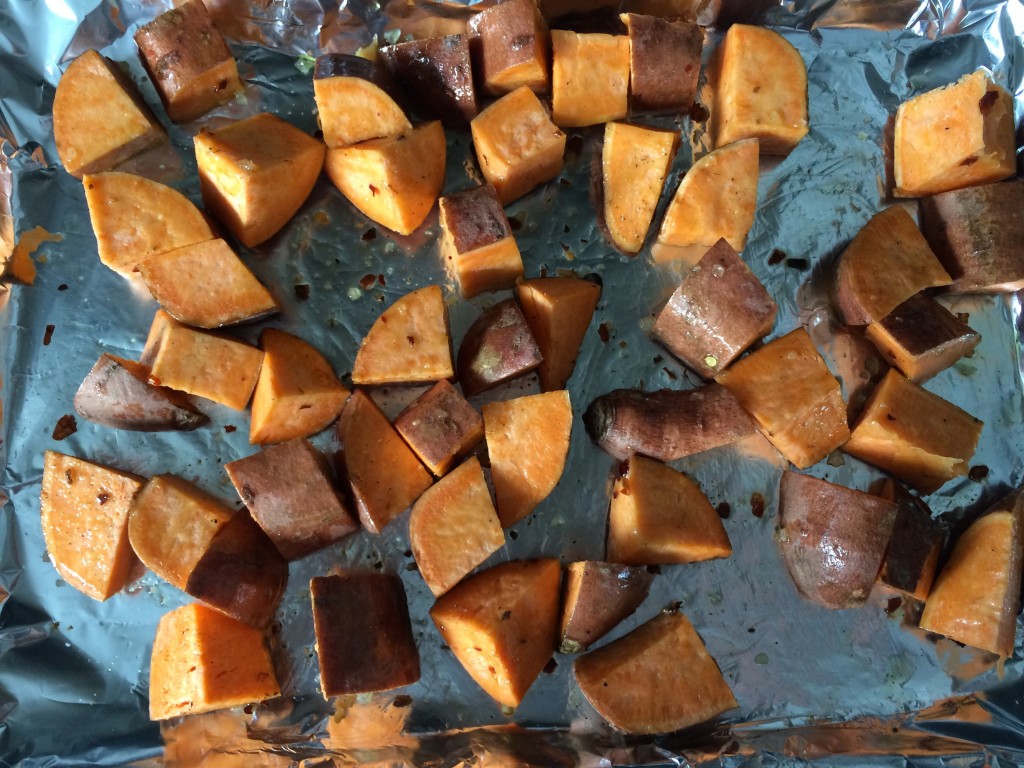 I also made some coconut, oat and chocolate chip cookies for a little sweet treat with my morning coffee: 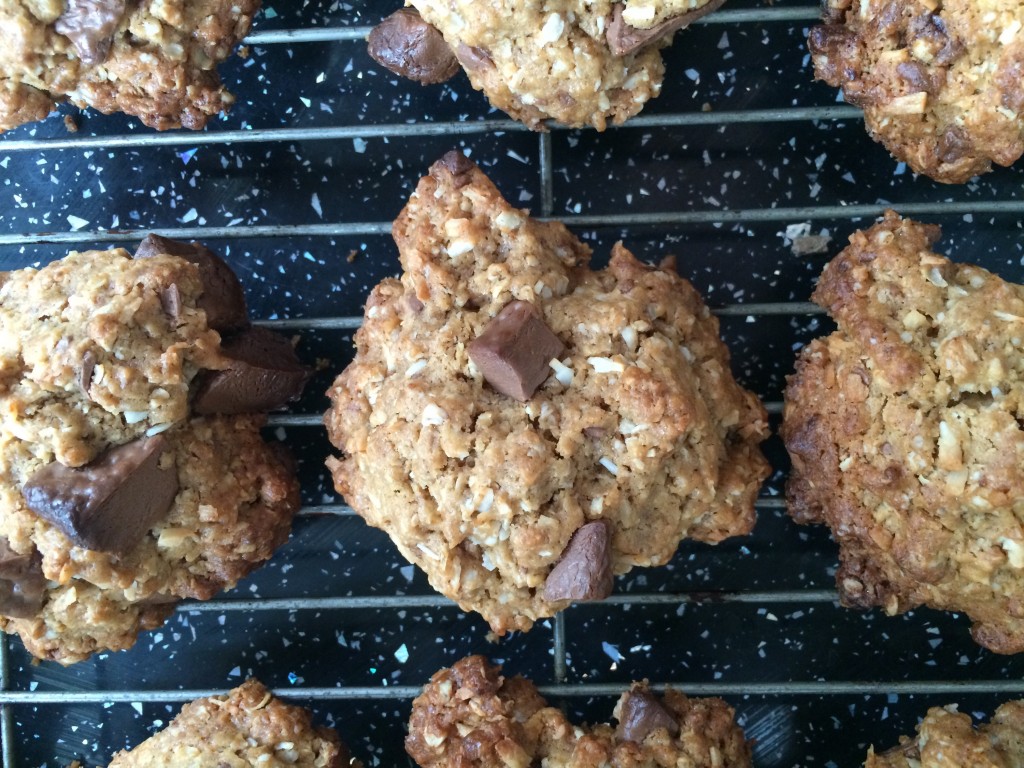 What do you have planned for the week? Let me know in the comments.

Oh and by the way, my Welsh Cakes didn’t bring Wales the luck they needed, and they lost against South Africa – I have a very miserable Welsh boyfriend now. 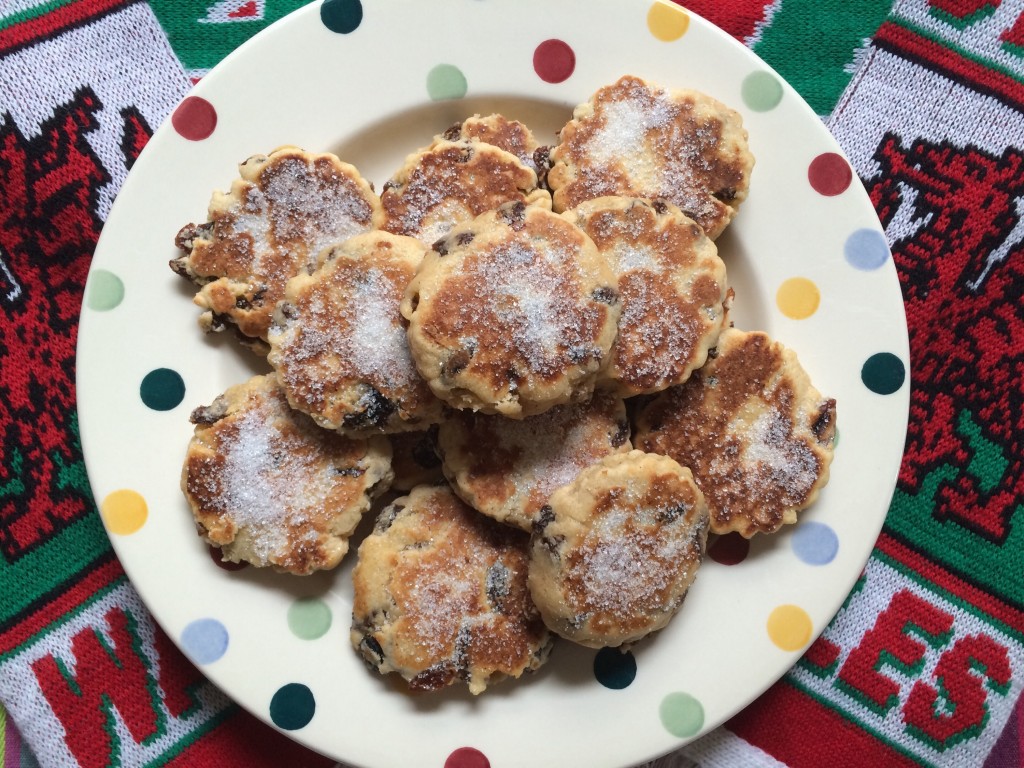