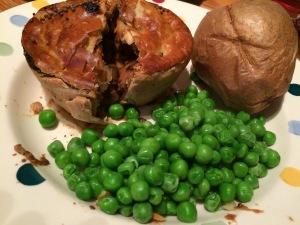 I love pies. You can’t really go too far wrong with meat, gravy and pastry … or fruit and pastry. Well, pretty much anything can taste amazing with pastry surrounding it.

We both, however, agree that a pie can disappoint on the following counts:

There are many other factors, of course, including cardboard-style pastry and watery, bland gravy, but the above are guaranteed to disappoint us both (Andrew considers Fray Bentos pies to be exempt from the second point because the pastry to filling ratio in their topcrust pies is generous). Fish pie, shepherd’s pie and cottage pie – wonderful as they are – are also not real pies in this sense. Although imagine a shepherd’s pie encased in shortcrust pastry? That sounds amazing actually – I might have to try and make one.

Anyway, I digress. We have both been disappointed with pies on many occasions and usually don’t bother buying them. Notable exceptions are Turner’s Pies in Bognor Regis and pies from the pie and mash shop (my favourite meal EVER!), as well as a delicious pork pie I bought from a butcher when on holiday in York over the summer. We also always buy corned beef pies when we go back to visit Andrew’s family in Wales, but they can be a bit hit and miss as the corned beef filling can be a bit mushy in some of them.

Instead I make my own pies. I always freeze leftover Christmas meat, stuffing and gravy to make Christmas pies during the year. I make a mean corned beef pie, and I love fruit pies (especially Dutch style apple pie). 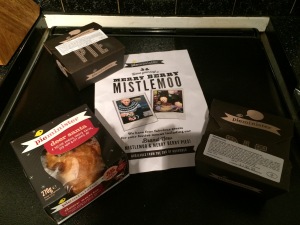 Then I was contacted by Pieminister, asking if they could send me over a few of their Christmas range to review. Well, I wasn’t sure what to expect: I had seen some of the range in Waitrose but never bought them, and recall seeing Pieminister stands at music festivals as well, but they have never appealed on a summer’s day.

I arranged to have the pies delivered the day after I returned from Mexico, thinking that we’d probably want something quick and easy (and not Mexican) for dinner. And if they weren’t very nice I could always just rustle up some beans on toast.

When the pie parcel arrived, we opened it eagerly and were delighted with what we saw – a lovely selection of Christmas-themed pies. The descriptions below are taken from the leaflet provided by Pieminister in the package: 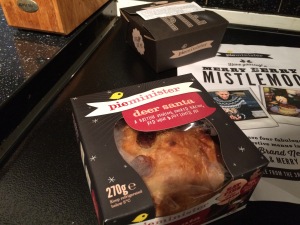 Andrew picked the Mistlemoo pie and I chose the Merry Berry pie, but we couldn’t resist cooking the Deer Santa one as well so that we could try it (so greedy, but we had just returned from an all-inclusive holiday so were constantly starving!). Each pie cooks for around 25 minutes in a moderate oven so I baked some jacket potatoes to have with the pies, and boiled some peas.

The pies are completely encased in deliciously buttery shortcrust pastry, and absolutely packed full of tasty filling, including a very generous portion of meat. We were really impressed with the pies and will definitely be buying from the Pieminister range in future.

Both of us liked the Merry Berry turkey pie the best, although the deer and beef ones were also delicious – it was a tough call. Neither of us are fans of parsnips so I gave the Christingle pie to my mum to try and I am still waiting for her verdict, but if the others in the range are anything to go on, then I am sure she’ll be impressed. 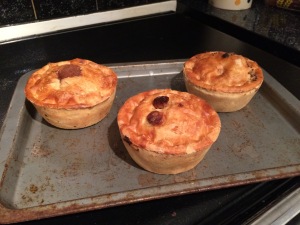 I checked out the Pieminister website after eating the pies, and I am very impressed by their credentials. All meat is British, all chicken is free range (and the eggs are too), and they use quality fresh ingredients (which are all traceable, should you wish to contact Pieminister to find out more). They also work with 200 charities, including the Prince’s Trust, by donating to raffles and events.

You can find out where to buy their pies on their website, as Pieminister pies can be found in restaurants and online. I’ll be buying mine from Ocado (they have a special offer at the moment where you can get two pies for a fiver, so I am going to stock up).

Have you tried Pieminister pies before? If so, let me know what you think in the comments. Also, tell me what your favourite pie is (mine is the traditional beef pie from a pie and mash shop … sorry Pieminister but you’ll never beat that!), and let me know if you have any ‘rules’ for what constitutes a pie in your book. 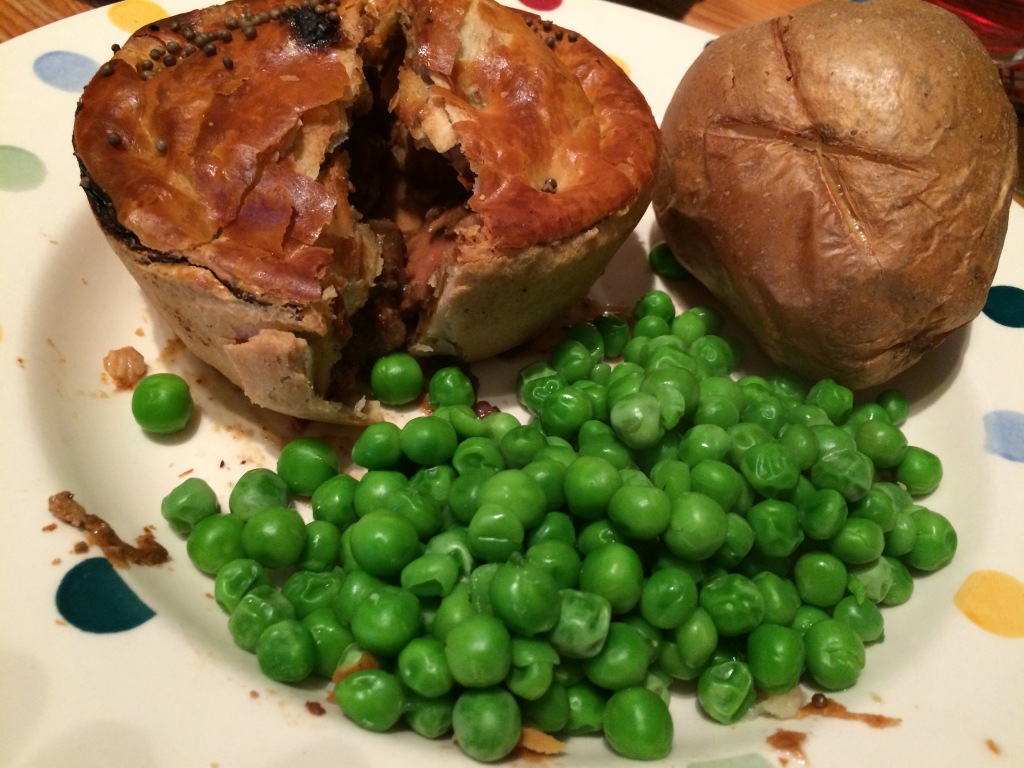