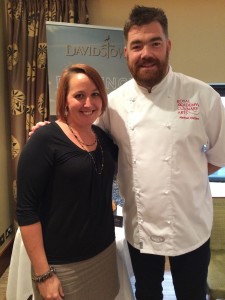 Here’s another week where there’s not much to share by way of menu planning as we’re off on holiday (yay!), so instead I want to tell you about my brilliant lunch with Nathan Outlaw a couple of weeks ago.

I first came across Nathan Outlaw on Great British Menu, when he cooked to represent the South West. His style of cooking is our favourite – unfussy, unpretentious, simple ingredients which are allowed to speak for themselves. Like Rick Stein, he’s predominantly a fish chef, and the one cookbook of his in my collection is full of simple but stylish recipes. 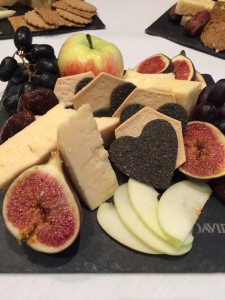 I received an email invitation just the day before the lunch (I am most definitely Z list!) about a lunch to pair Davidstow® cheese with various drinks. I wasn’t entirely sure what to expect, but didn’t hesitate in accepting: I mean, cheese, booze and celebrity chefs – what’s not to like?

So off I trotted to a plush hotel opposite Harrods (where Nathan has his London restaurant: Outlaw’s at the Capital), and was surprised to discover a table laid for just six, with Nathan at the front waiting to welcome everyone, along with Mark Pitts-Tucker, the Master Cheese Grader from Davidstow® (what a cool job – and Mark explained he gets to try around 750 cheese samples PER WEEK … and his diet has yet to give him nightmares). 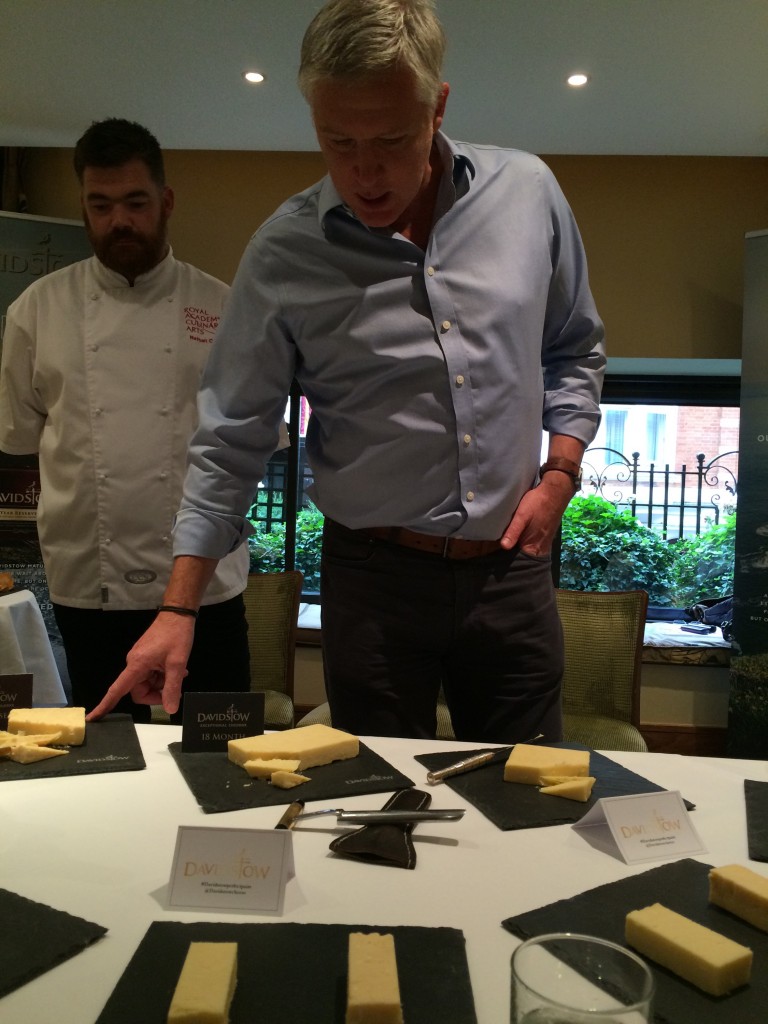 Both Nathan and Mark, and in fact the whole team involved in the lunch, were friendly and welcoming, and I ended up having a wonderful lunch hour learning about pairing cheese with drinks that you wouldn’t normally expect to serve with your cheese course. 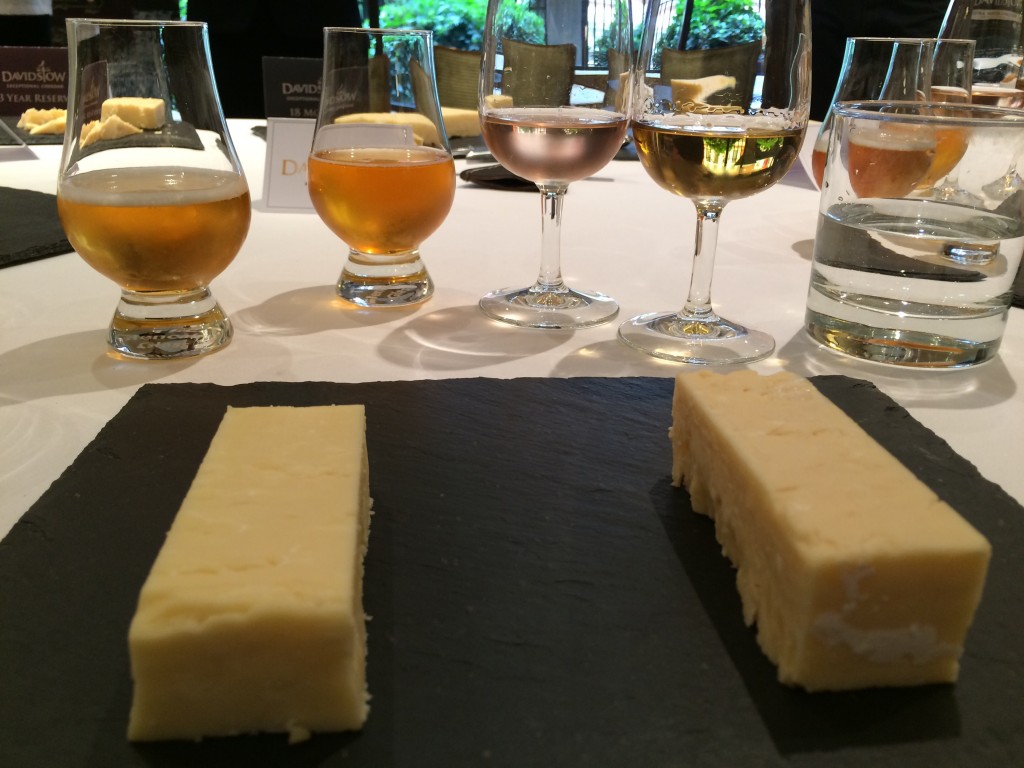 So firstly the cheese: the event was to celebrate the launch of Davidstow® 3 year special reserve vintage cheddar, which had previously been available to Nathan himself (appearing on the cheeseboard at his 2 Michelin star Restaurant Nathan Outlaw in Port Isaac). We were given the opportunity to sample a huge wedge of this cheese and a whopper of  a sample of the Davidstow® 18 month cheddar, alongside beer, cider, sake, madeira and whisky, whilst learning from experts about all of the above. 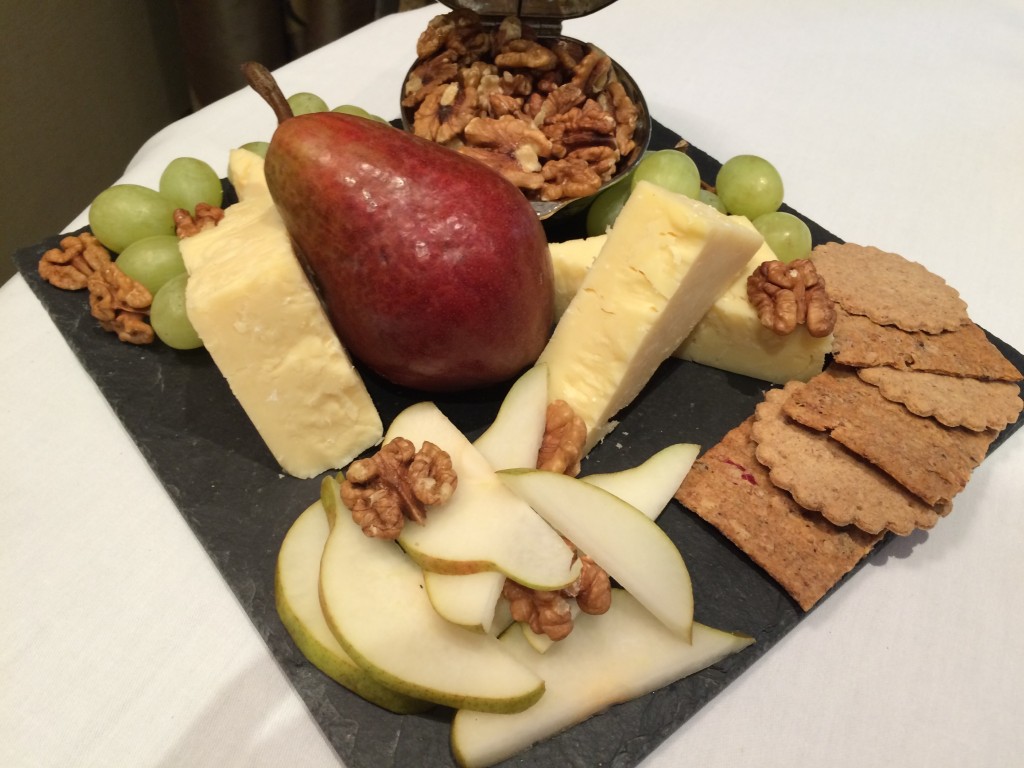 I liked both Davidstow® cheeses, but there’s no doubt that the intensity of the salty, crunchy 3 year cheddar was exceptional. I love strong cheeses, especially when they have those gorgeous salty crystals in them, so I was  in heaven eating mine – while they were introducing the cheeses my mouth was literally watering as I waited to dive in.

Nathan and Mark both suggested that the vintage cheddar is a cheese best eaten as is, rather than the 18 month old which can be cooked with (or of course eaten alone). I’d class the 18 month old as a perfect everyday cheese – strong enough to hold its own with pickle in a sandwich or with worcestershire sauce on toast. The 3 year old is one I’d serve on a cheese board.

And what to drink with these lovely cheeses? Well, firstly we tried them with West Country cider and beer, while Sharon McArthur (Head Sommelier at Outlaw’s at the Capital) explained the flavour profiles we should be looking out for alongside the cheese. There’s no real surprise that beer and cider go well with cheese: farmers have been making both for donkey’s years.

But sake? Well that was our next pairing by Sharon and I didn’t expect to be convinced. My only experience of sake was when I first moved to London and helped organise a press event at the Ian Schrager St Martin’s Lane hotel’s sushi bar: I ended up over-indulging on the sake – oh the hangover – and fully expected to never drink it again. Until now. 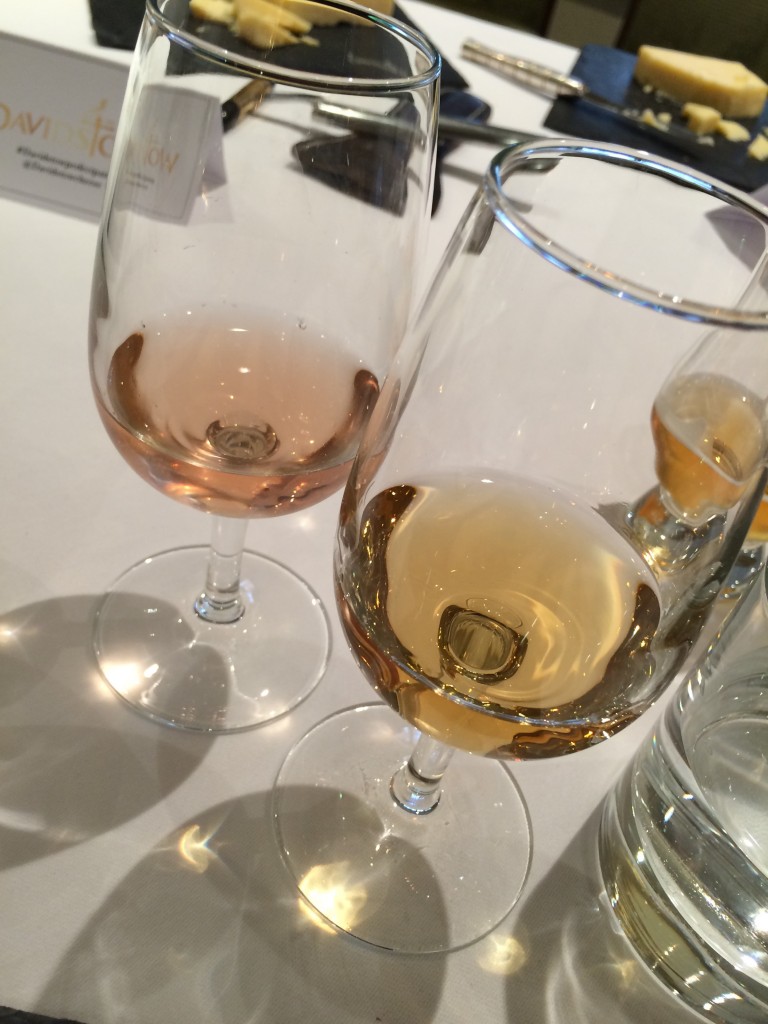 However, the sake we tried was amazing: like a light fortified wine they went beautifully with the cheese, and I especially loved the Nanbu Bijin Ume Rose sake we tried. Although I was on my lunch hour and had planned to take just the smallest sip of each drink on offer, I ended up downing this one! I certainly intend to buy some of it to offer guests with a cheese platter at our house once the new kitchen is sorted. 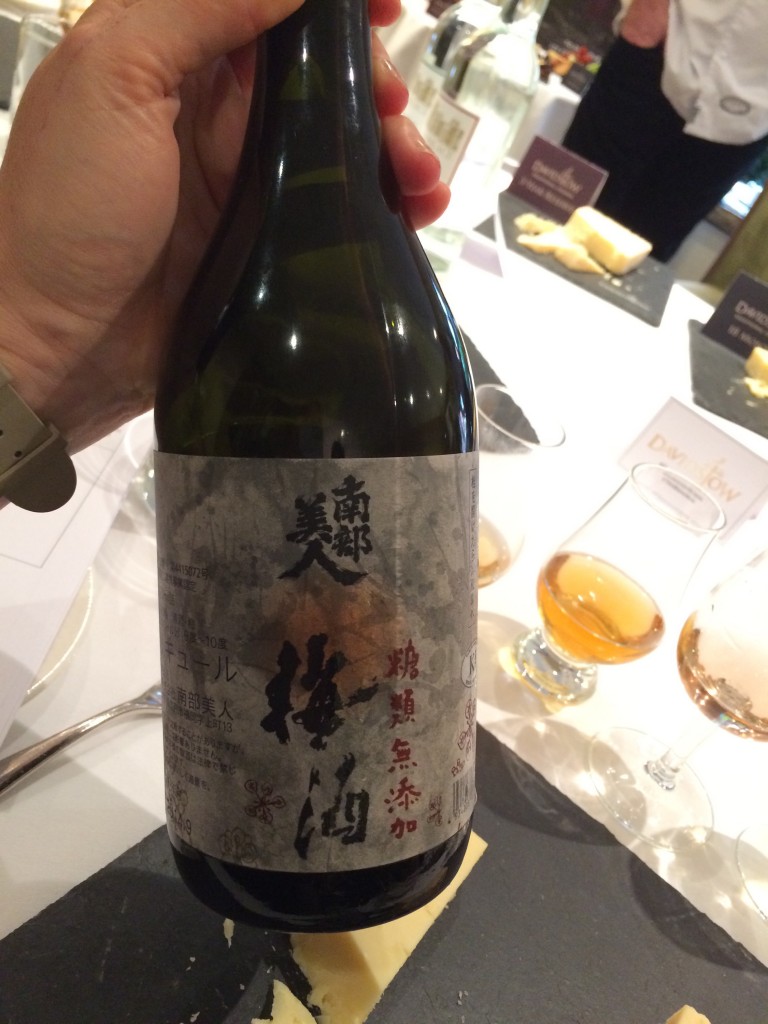 At this point I was starting to feel like a predominantly liquid lunch, plus cheese, was not ideal for a day when I had to return to work for a busy afternoon, but luckily Nathan bought out a selection of goodies he had made using Davidstow® cheddar. 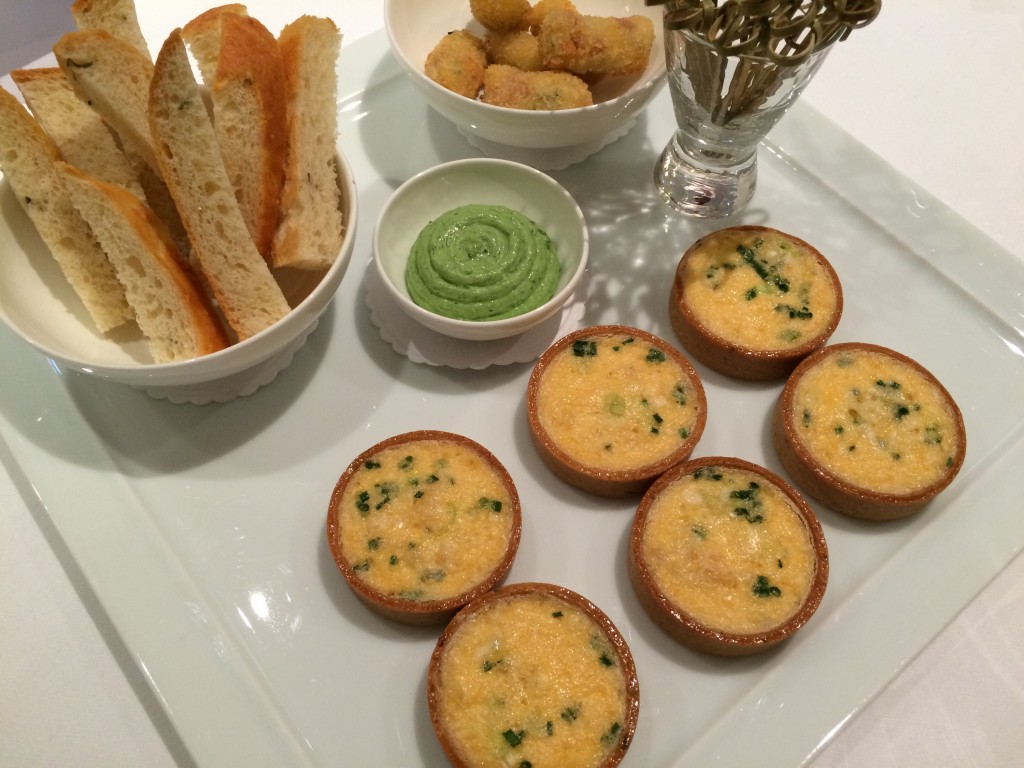 We had the most spectacular cheese and crab tarts (I ate three, and would have scoffed the lot had there not been people watching me), cheese and cured meat croquettes (again, spectacular) and sourdough bread with cheese. Simply based on these gorgeous goodies, I’ll definitely be going to Nathan Outlaw’s restaurant(s). I have been dreaming of those crab tarts ever since. 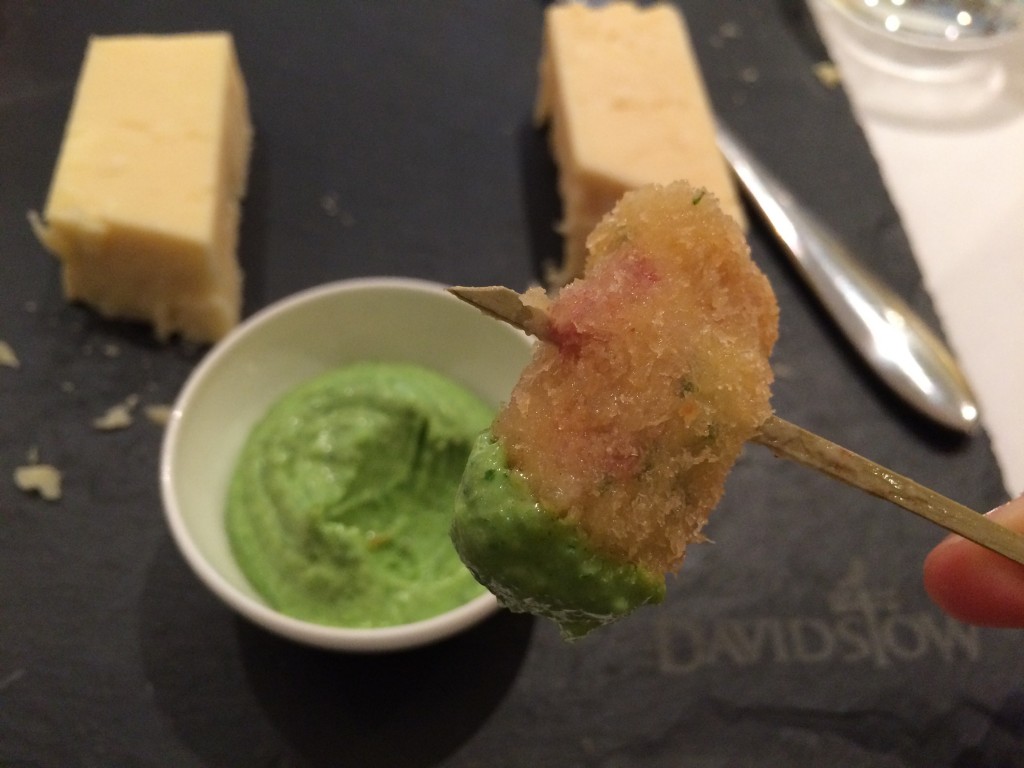 Next Sharon moved us on to Madeira, a more classical combination to have with cheese. Again both samples were gorgeous, and thanks to my gluttony with the crab tarts I was starting to feel a bit less tipsy and able to focus on the job at hand: learning more about Davidstow® cheddar. Concentrate, Tracy! 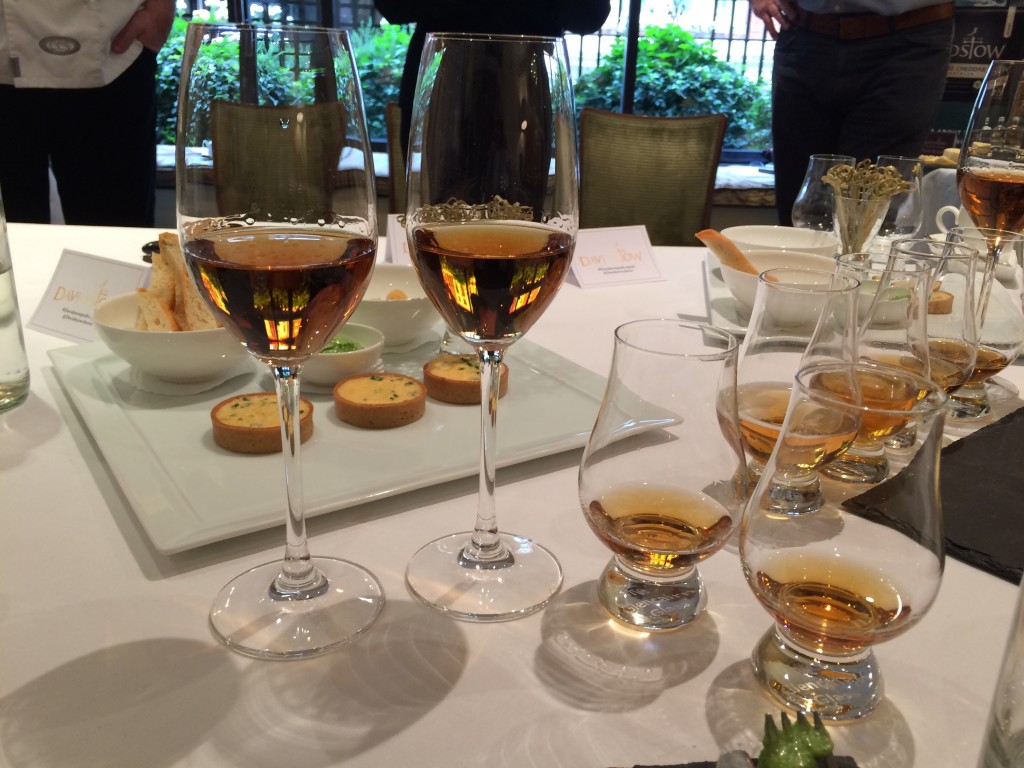 Whisky sommelier Cesar da Silva joined us next to share two whisky samples with us. Whisky and cheese? Well, I wouldn’t have thought so either, but apparently these two can go together really well (at least the vintage Davidstow® is strong and punch enough to hold its own with whisky). 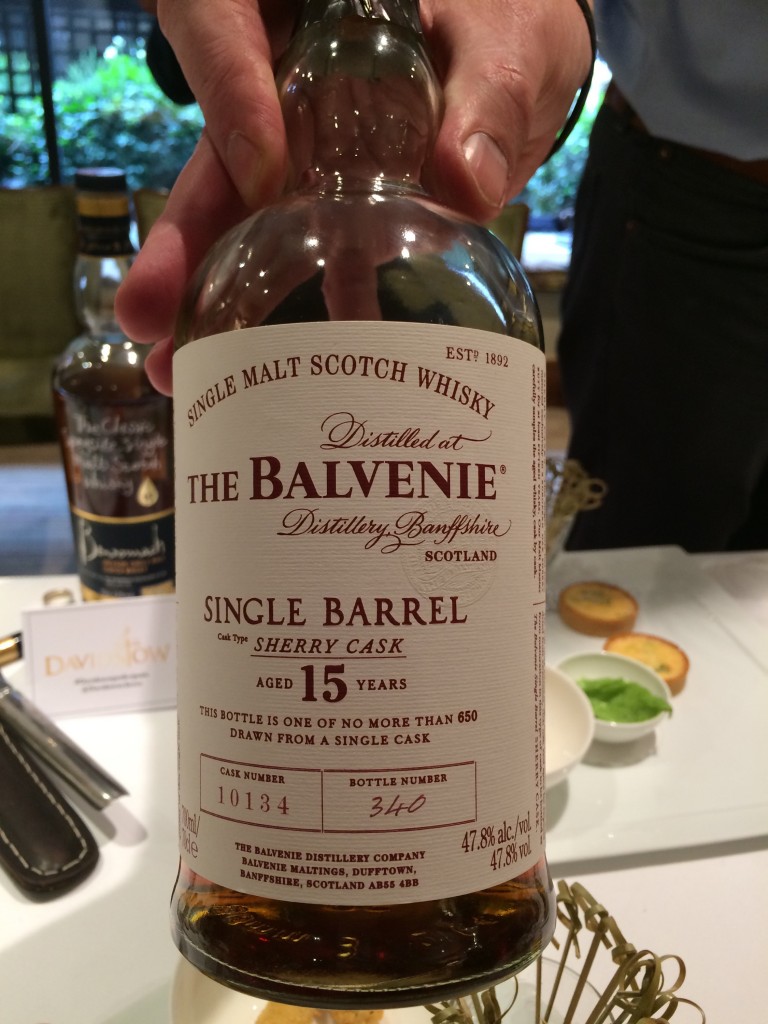 I have to be honest: I am not a whisky fan, although Cesar did a great job of explaining how you can train your palette to enjoy whisky. It’s the kind of challenge I like the idea of, but not at lunchtime on a working day, so on this occasion I took a couple of quick sips, snaffled some more cheesy sourdough and large slivers of cheese, and then prepared to leave.

All I can say is that this was a fabulous way to spend a lunchtime. Nathan Outlaw is lovely and I am an even bigger fan than I was before; I am now desperate to go to his restaurant; and I am completely converted to Davidstow® cheese (sorry Colliers) – despite being owned by a large parent company, it still supports local farmers and gets all its milk from a 50 mile radius of the main plant). If you fancy giving it a try yourself then it’s now for sale at leading supermarkets for £4 for 250g. Let me know what you think.

Thanks so much for Nathan and his team, and the guys from Davidstow®, for inviting me to enjoy such a great lunch. I am a lucky girl. 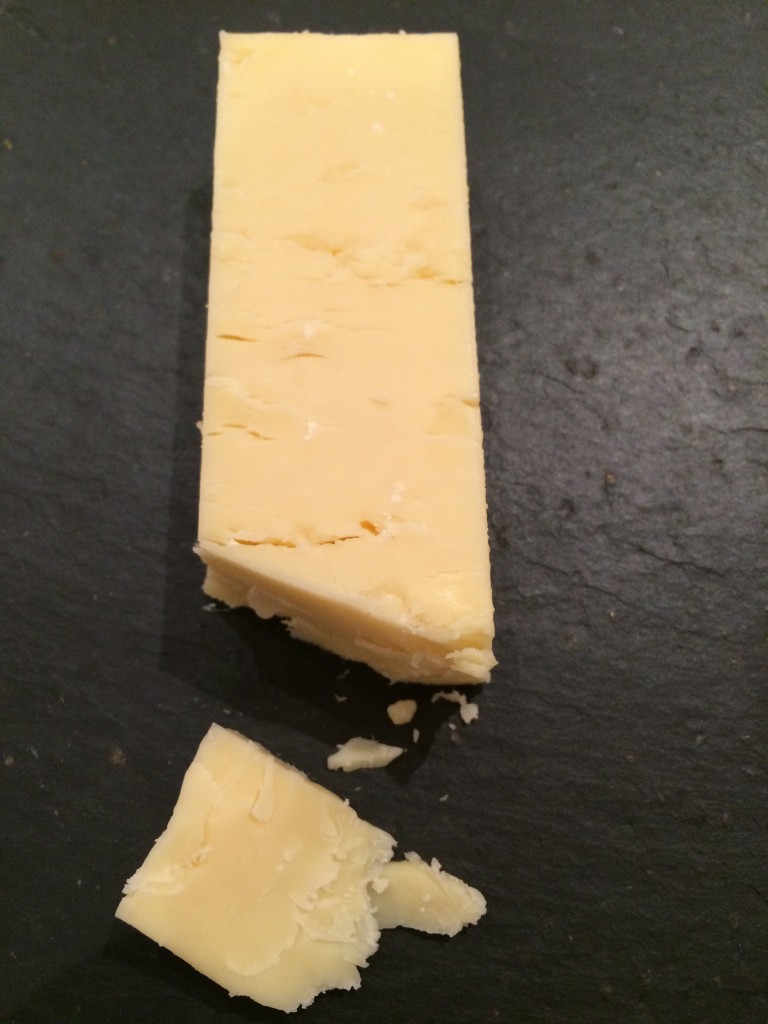